cup of coffee on stack of books 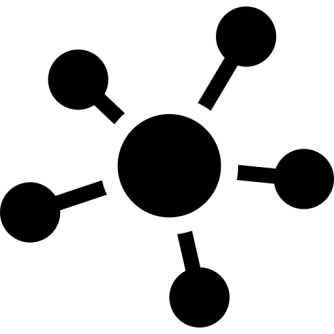 Fiction publishing is a relationship industry. Whether you are published, where, and how your book gets publicity is largely driven by who you know and how much they’re willing to do for you, and it’s only getting more unequal. As a marginalized person, I think about this a lot. Socioeconomic status is an intersection of a number of factors–  disability status, race, gender, education, etc.– but I want to talk today about specifically social capital. I’ll talk about what it is, how it fits into publishing, why it is vital to build it, and why the Internet’s not really a good place to do it. In Part 2, I’ll talk about potential strategies for marginalized creators to build it in the service of their careers.

Let’s back up and define some terms. Our support network is a system, by which I mean a network of interconnected things. For example, a body is a system. It has lots of constituent parts that have a physical relationship to one another. “The knee bone’s connected to the thigh bone.”

I am not a doctor.

Each part within a system (in the example of a body, a protein, a cell, an organ etc) has its own particular relationship to each other part– a physical distance or their places in a multi-step process (like, say, digestion). There are subsystems (like the skeleton, or the nervous system) each with their own physical relationship to other systems and ways in which they work with or against one another. The parts exist on multiple scales– proteins are smaller than cells are smaller than organs. 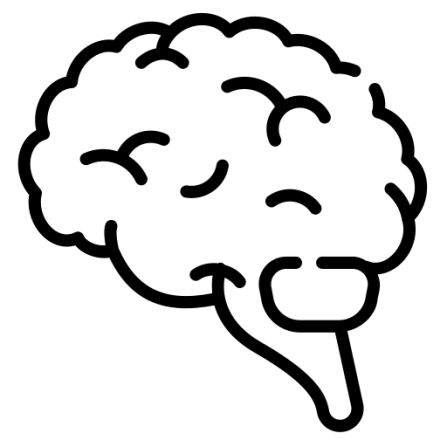 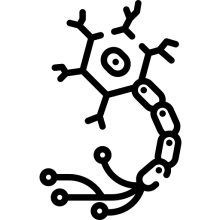 To get way too inside baseball, a system is made up of  (1) a physical thing (called a node) (2) its connection(s) to other physical things and (3) their material outputs(s)– how do they change the world?

With social systems, there’s an additional layer of complexity. The fact all systems are inherently complex combined with the immateriality of interpersonal relationships– a friendship isn’t, like, an object or a physical distance or whatever– it can make them seem pretty ephemeral, even trivial. But they do matter. When a child is born, it’s helpless. A parent (or another adult) takes care of it, and because of that, the child survives. The world is physically different than if that hadn’t happened.

Social capital is a key factor in both socioeconomic status and social mobility. There’s a seminal trade science book by Robert D. Putnam called Bowling Alone on the topic of the deterioration of Americans’ social capital. In 1950s America, a key way people socialized was through membership in local clubs. It would be completely typical for a person to have membership in a church, a union, a local political party, a charitable organization, and a bowling team. Now, most Americans aren’t even members of one club, and they haven’t replaced those social structures with something else.

It’s not uncommon now to see people literally bowling alone. Hence, title. Of course, people are more lonely, but there are other effects. We don’t see our friends nearly as often as our parents and grandparents did, in part, because our work schedules don’t line up. We work more hours and more irregular hours. This ties directly into a less equitable labor market. We’re less able to network for work, and because of that we have less power in the workplace. Our jobs are able to make demands of our schedule that further stretch our social bonds. We’re in less contact with people above and below our social strata, which means it’s hard to find work above our current social station. There’s a direct causal link between our widening economic gaps and the gradual loss of social capital in the middle and lower classes. And not everything we want to do in the world is work-related! There were clubs for curing cancer, preserving flower species, learning to draw. We’re not just less able to pursue economic opportunities, we’re less able to pursue purpose outside of work.

Social capital is a valuable asset in publishing. Again, our ability to sell books (to an editor or an audience) depends directly on who we know. In traditional publishing, authors have agents as relationship brokers between authors and acquiring editors. But our social network also includes critique partners, other authors who we can do cross-promotion with, access to whisper networks to avoid predators, booksellers and librarians who’ll place our books prominently and talk them up. People at the socioeconomic top don’t just have more money, they have more and stronger social connections. And just like economic capital, the more social you have, the easier it is to parlay those connections into additional connections who can help you reach a goal.

The Organisation for Economic Co-operation and Development, an intergovernmental organization that studies socioeconomic inequality, divides varieties of social capital into three types: bonds, bridges, and linkages.

Bonds are “people like us.” These are people who share family ties, close friends, and people who share our culture or ethnicity. They might include family or people at your place of worship. These are incredibly stable but not very productive. They can be useful in publishing if you happen to be related to someone powerful, but there are limitations. Your mom might buy two copies of your book because she’s oh so proud, but that won’t make it a bestseller. People will also find her 5 star review less than persuasive.

Historically, Black authors have had to rely on bonds far more than white ones. Black communities come together to promote and distribute Black authors, and that has forced publishing to pay (some) attention so publishing doesn’t leave money on the table. However, this is in spite of systemic oppression, in spite of an industry that refuses to sell their books. There is infrastructure built by Black communities to provide that support. There are multiple lessons here, but for this post, I will stick to one: marginalized authors would not have to do this if mainstream publishing did better.

Bridges are links that stretch beyond our sense of identity. These are distant friends, colleagues, and associates. We usually have these bonds for a purpose, like peer co-workers, book clubs, or members in a union. They’re more tenuous than bonds but more productive. In publishing, these are writers on roughly the same level as you. I suspect booksellers and librarians would also fit into this category, for an author. An established author and their established agent may also fit into category. 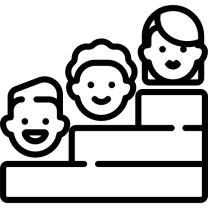 Linkages are our links to people or groups higher up or lower down on the social ladder. In publishing, these would be bonds between new authors and successful ones, authors and reviewers with large platforms, new authors and established agents, agents and editors, authors and editors, and Oprah and everyone else. Linkages are the most important form of social capital in social mobility, i.e., going from unpublished to getting your book on shelves. These tend to be for a very specific purpose, with an uneven power dynamic. They’re therefore not very stable but very productive.

It is important to note these relationships do go both ways, even if the power in these relationships is uneven. Editors need authors to write books or they wouldn’t be editors in the first place. Power in this context should also be understood to be very specific to the process of getting a book published and sold. An editorial assistant can make or break your book! They are also hoping for a raise so they can afford ramen and a multivitamin for dinner.

The Internet, at first glance, looks like an ideal place to build social capital. There are a lot of people in it, and you can @ Barack Obama on Twitter about your book whenever you want. But it’s not an analog to clubs. The thing about clubs was, they were organized to achieve something. Recall that social capital is the power to change the world around you based on your relationships within a social network. So, in order to make the club more effective, a lot of the business of a club was to build the social capital of its members. They increased membership, raised money, completed projects, provided networking opportunities, gave training, and placed skilled members in key positions.

A follower list on Twitter just doesn’t do that. Online fandom communities don’t do that. As a result, the relationships formed are comparatively fragile and can’t be parlayed into a desired outcome. In my observation as someone who has been to the internet and had (and gave up) a couple high follower accounts, the relationship people form to, say, a Twitter account is only to that account. If you get a new one, buddy, they don’t know you. If you change your avatar you’re gonna get some unfollowers. You might have a post go viral occasionally, but without social capital, you can’t choose which ones go viral. You can’t go to your favorite Star Wars subreddit and ask them to buy your romance novel. Or, I mean, you can, but they’re not gonna.

So while the Internet could, theoretically, help people build social capital by putting them in conversation with people they’d otherwise not have met, I think it’s real underpants gnome thinking to believe an author doing good posts alone will have an appreciable effect on book sales. For some reason, we seem to understand that Tweeting #CureCancerNow isn’t a replacement for cancer research, but publishing expects tweeting about our books to somehow be a replacement for, uh, marketing.

At the risk of sounding Extremely Online, making good tweets on its own won’t get you into that group DM with Dril, won’t get your followers to retweet when you have a book out, and won’t make them have your back if someone starts a harassment campaign. Follower count is a convenient crowd to shout at, but that is proximity, not a relationship. It’s not social capital.

The truth is, social media (and the ability to promote your work on it) will largely replicate the social capital you have in real life. A lot of people behind inexplicably popular Twitter accounts are popular because they’re well connected in real life. This horrible horse account is a pharmaceutical and oil industry lobbyist. Game theory dingus is a well-connected business consultant. Those aren’t coincidences. They had followers who knew them from real life, and who had followings because they were CEOs or journalists or what have you, and their connections promoted their work. Marginalized authors won’t have that advantage.

Social media also has a huge downside for marginalized people: it gives bigots access to vulnerable people. There are entire message boards dedicated to the organized sharing of personal and work details of prominent trans people and feminists for the express purpose of getting them fired. In the case of authors, they’ll contact their agents, their editors, their publishers, and their web hosts in an effort to destroy their professional connections. Publishing is only just beginning to get wise to these tactics. And there just isn’t a corresponding and concerted effort to build the social capital of marginalized people.

But there could be.

So, we’ve outlined what social capital is, why we need it, and why a Twitter account isn’t a replacement for it. Next time, I’ll talk about a few strategies I think we, as authors, agents, and editors, can use to build social capital for marginalized creators.

OECD’s What is social capital?

OECD’s A Broken Social Elevator? How to Promote Social Mobility

Some graphics made by Freepik from www.flaticon.com